Let’s not sleepwalk into a surveillance society

The pandemic has sent surveillance levels soaring – at home, in public and at work. But privacy is a basic human right that should be protected at all costs 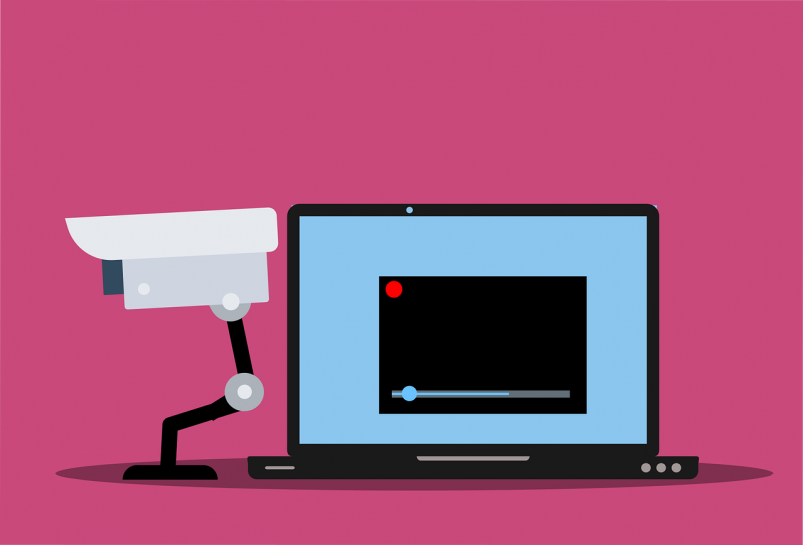 At Amazon’s annual device launch in September 2021, the company unveiled its latest security robot called Astro, described as a “roving Alexa with a camera”, which will scan the faces of people in your home, supported by a security drone circling your house.

It’s no surprise from the tech giant that brought us the Ring doorbell. In the eight years since it was released, Ring has evolved into a global CCTV network with the stated object of providing homeowners with a convenient way to answer the door. It has also provided police with a new way to fight crime.

Privacy campaigners say surveillance technology, and its integration with AI such as facial recognition software, threatens our fundamental human right to privacy in a public place. By 2019, the UK’s Police National Database held images of around 20 million faces, a large number of which were of people who had never been charged or convicted of an offence. When this evidence is used, it’s often wrong (particularly when it comes to identifying women and people from ethnic minorities). When South Wales police tested their facial recognition system for 55 hours, 2,900 potential matches were flagged, of which 2,755 were false positives.

The European Commission has expressed its intent to ban aspects of facial recognition technology in the future. But it’s not just your face. Surveillance technology is expanding to such an extent that it’s now possible to analyse the way you walk, your heartbeat, breathing pattern, and emotions.

Covid-19 has propelled the growth of surveillance technology. In France, facial recognition technology has been used on public transport to monitor whether passengers are wearing masks, and Australia has trialled similar software to check people are at home during quarantine. Companies are using AI-powered cameras to see if people are complying with social distance rules, and billions of people around the world have had their movements logged by using various Covid-19 test and trace apps.

There has been some public support for these sorts of measures. Almost two thirds (61%) of Brits say they’ve been happy to share their health status data during the pandemic, and 54% were happy to sacrifice some of their data privacy to shorten the length of lockdown.

But surveillance has slipped into other areas of our lives too. Workplace technology, from monitoring of emails and web browsing, to video tracking and key logging, has become commonplace with the rise of remote working. Almost a third of workers are now being monitored in their jobs, up from 24% earlier in the year. Microsoft has even patented emotion detection software to monitor employee wellbeing after weighing up biometric factors such as voice and heart rate. Unions and MPs are calling for a new set of data rights to protect workers in these situations.

In some instances, regulators are taking action where these practices breach existing GDPR legislation. H&M in Germany, for example, was handed a €35.2 million fine in 2020 for excessive surveillance of employees, and in the UK, Barclays is under investigation for its use of software to track staff computer activity.

Your free and simple GDPR compliance audit is an online privacy health check provided by our experts. It’s confidential, comprehensive, and takes just 10 minutes to complete.

A right worth defending

A higher level of surveillance may arguably have been necessary during the pandemic, but it’s important this doesn’t become normalised. Almost seven in 10 (69%) people globally say they’d avoid doing business with a brand if its data usage policies were too invasive.

Just because this technology exists doesn’t mean it should be applied in all situations. The Information Commissioner’s Office (ICO), for example, recently had to step in after nine Scottish schools began taking payment for school lunches via facial recognition software. They argued it would speed up the lunch queue, but the ICO encouraged a less intrusive and more proportionate response. And one Covid-19 test provider recently made headlines over its plans to sell customer DNA collected for testing purposes, to an external medical research company.

Technology always holds its temptations. People need to become more interested in their personal privacy and weigh up what the latest gadget means to their rights. But crucially, organisations also need to develop a culture of continuous privacy compliance to ensure they are using technology for the right reasons. If privacy is considered at every stage of a business or product initiative, and the consequences of data collection and processing are weighed up, then a privacy conscious decision will be made every time. That’s good for business — and good for our human rights.

Because once we give up these rights, it won’t be easy to get them back.